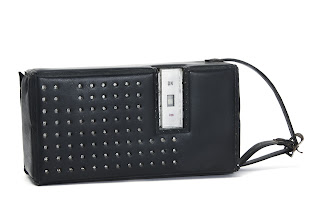 Music has always been an important part of my life. As a child in the 50s I think I looked forward to watching "Your Hit Parade" even more than my parents did. Rock n' Roll was liberating, and just enough dangerous to make it exciting, but the music that really grabbed me was the the Brazilian music of Gilberto and Jobim of the mid-60s, and the jazz they influenced of performers like Stan Getz. Later folk music took its hold on me. I would even take my guitar with me when I was in the hospital.


As important as music was, and still is, it was almost entirely missing from my experiences in the hospital until around the mid-70s. Now, of course, there is a television either hanging right next to the bed or on the wall, depending on the hospital, with a weird selection of cable channels; and I have my iPod with ten days worth of music, several novels, and a couple movies for when I get tired of learning how to give myself an insulin shot in Spanish on the Hospital Channel.

There was the odd (in a couple of its meanings) musical event, like the barbershop quartet that tried to be hip by singing several Pat Boone and Elvis Presley hit songs, or the brass quartet that had a strange fixation on the songs of Gene Pitney (their rendition of "Town Without Pity" was...haunting), but by and large there was no music in our day to day routine. It was partly because portable radios were a bit too expensive for my parent's budget, and also because the radios of the time had lousy, if any, reception on the wards. Almost all the popular broadcasting at that time was done by AM stations, and things like tunnels, underpasses, and very large buildings could block the signal.

Somewhere around my twelfth birthday the family acquired a pocket, transistor radio. It was, for the time, very sleek and high tech, and probably could have fit in a pocket if it was rather large and commodious and you didn't mind ripping a seam or two. On one of my trips to the hospital that winter, Mom bought a bag full of "D" size batteries and I took it with me. It had a leather case that had perforations over the speaker, and I thought it gave me a very cool, with-it look. Oddly enough, I didn't play it all that often. As I mentioned before, reception was terrible on the ward, and my arm would get tired holding it up to my ear at the specific angle it needed to pick up a signal. The radio had a telescoping antenna that was about two feet long, and just when you would get the radio positioned correctly, that antenna would droop and all you would get was static.

One afternoon after lunch I was fiddling with the radio trying to find a station with something besides farm reports. I made a couple trips up and down the dial finding nothing more than static of various levels of clarity. Just when I was about to give up I found a station playing music. What's more it was playing the kind of music that would make my mother huff and say, "They call that music?"

I can't remember what the song was when I tuned in. It ended, and the DJ talked for a minute and then introduced the next song. He said it was a new release by Jack Scott. I had heard of Jack Scott. His song "My True Love" had been played on "American Bandstand." He had this flat baritone—not off key flat, just...flat—that sounded like he could probably deck Superman in a bar fight. He almost made Johnny Cash sound girly. His back-up group were just about as tough sounding.

The record started and the back-up singers started singing, "Goo'd-bye, baby, bye-bye." A few bars later Jack came in with that honky-tonk voice telling his girl he was going to leave her. You got the feeling he'd leave her someplace that had sawdust on the floor and a lot of pick-up trucks in the parking lot. The arrangement was simple even by rockabilly standards, and  the only instrument I could hear was a bass plunking along. In fact it sounded almost doo-wop. The kind of doo-wop you'd find in a bar in Northern Michigan where boilermakers were considered a light refreshment.

I was mesmerized. To this day whenever I hear that song I am back in Bed 12 on 10-West. I see the bedside stand, and the metal water pitcher, and feel the sheets against my skin. And when I try to remember what the ward looked like I hear that song.

About ten years later I was on 8-West with an undisclosed hemorrhage, meaning I don't remember what was bleeding. Anyway, it was the late 60s and the head nurse had a fairly relaxed attitude about things like visiting hours. As long as it didn't interfere with anyone's treatment or disturb anyone, you could have visitors just about anytime. The fact that several of the nurses were friends didn't hurt either. As a result a roommate or two, and a girlfriend or two would often stop up to see me after the bars closed. I was pretty much in the habit of staying up most of the night and sleeping during the day because the daytime was, in my opinion, quieter, so it fit in with my schedule.

One night, morning if you want to be pedantic about it, I was reading when two or three grinning people appeared at my bedside. By that time they were giving us Demerol for pain, and keeping a strict count of the number of people was too much of a bother. I'm pretty sure my then to be future wife wasn't in the group that night. For a few minutes it was the usual small talk about who was playing at the bars, and if they were any good; and if the transsexual who haunted a couple of them had been picked up by yet another unwitting salesman, or had reappeared with bruises. If he/she showed up the next night with no contusions we usually figured the salesman had been more witting than we had assumed.

Then W pulled a small cassette recorder out from under his jacket. I asked him what was up, and he said I had to hear this. It was, in his opinion, amazing. I turned the volume knob all the way down, and then pushed the play button. Slowly I turned the volume up until I could hear it with my ear right against the speaker. W had tricked me into waking up the ward before, and I was being careful. It was not my usual brand of music. I was into the Chad Mitchell Trio and Bob Dylan and Joan Baez. I liked the Stones and the Beatles, and rock in general, but preferred folk music and jazz and didn't go in for the heavy metal stuff very much at all.

It had an organ intro that the bass and drums joined after a couple bars, and then the guitar came in. It was heavily buzzed, but then again so was I, and the riff was primal and to the point. When the singer came in he pretty much growled, "In-A-Gadda-Da-Vida, now honey." The version I remember from W's recording was longer than the one you usually hear, and it had a very nice drum solo which eventually fell back into one of the better grooves, in my opinion, of Rock. The effect of the guitar riff and drum groove was very primal and driving, and surprisingly compelling. It wasn't so much a love song as a pagan fertility chant. W had recorded an fm station's broadcast, and it was hard to determine what was the result of recording questionable speakers with a questionable microphone, and what was due to the actual production values. I'm still not really sure.

After everyone left I listened to it a couple more times with my ear right against the speaker and my pillows over my head to muffle the sound even more. The next day one of the older guys on the ward stopped by my bed and wanted to know what I was doing during the night. I said not much and asked him if I had bothered him. He said, no, he wasn't bothered, it just sounded like I had an angry bulldog in my bed.
Posted by gb